One of the less-than-perfect aspects of using Git for XML is comparing versions of a file. Standard diff tools are not optimized for files that contain markup. Not only is the markup exposed, but irrelevant details (like indentation or line length) can appear far more significant than they really are. Although you can reduce the impact by telling the diff tool to ignore whitespace, such tools will never be semantically aware.

The Windows client TortoiseGit includes a graphical diff tool. If you select a revision of a file in the Git repository, you can diff it with previous or later versions. This is a convenient feature, but disappointing that the diff is not XML aware.

I just found out that oXygen includes a graphical diff tool called diffFiles.exe. It’s significant that it’s graphical because it can’t write output to the console. But I wondered if there is a way to have TortoiseGit use diffFiles rather than TortoiseDiff.

It turns out that there is. Go to TortoiseGit > Settings > Diff
Viewer and click Advanced. Create new entries for .dita and .xml setting the following (adjusting the file path as needed for your environment) as the Program: 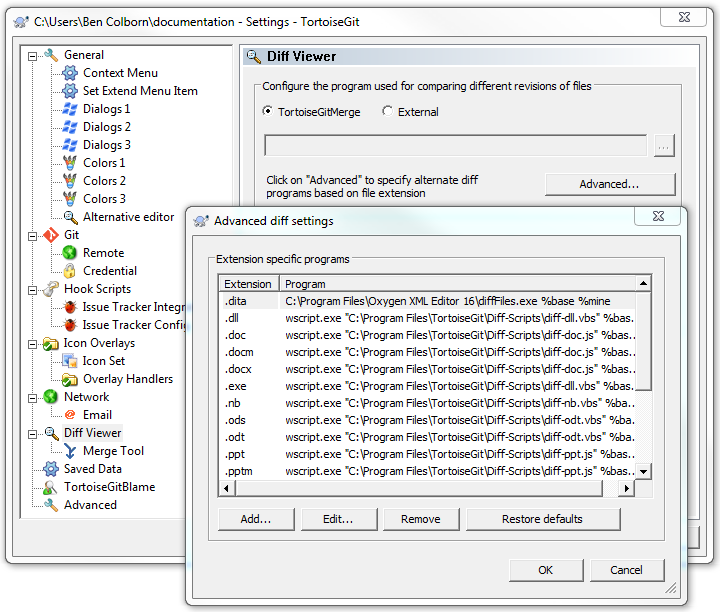 Now when you tell TortoiseGit to compare DITA or other XML files it will use the oXygen XML-aware diff rather than TortoiseGitMerge. 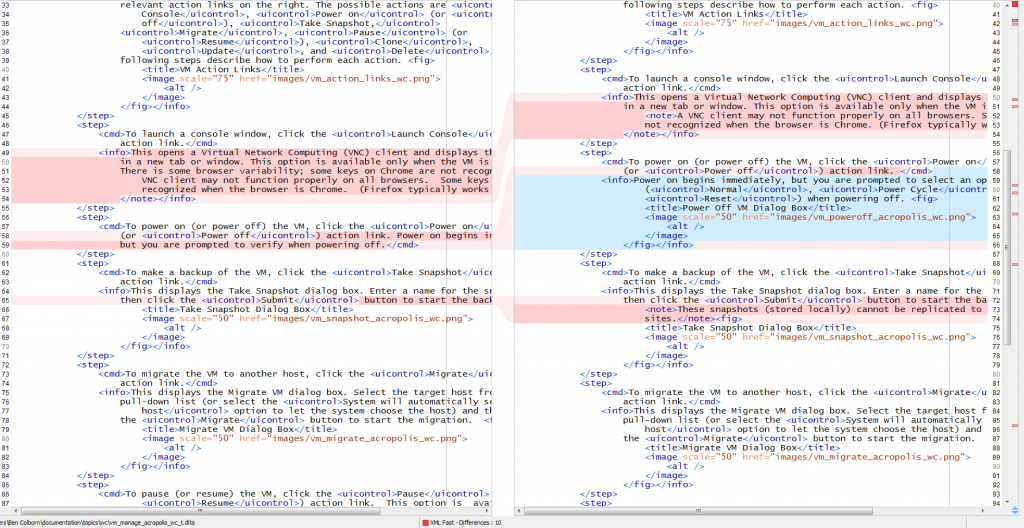